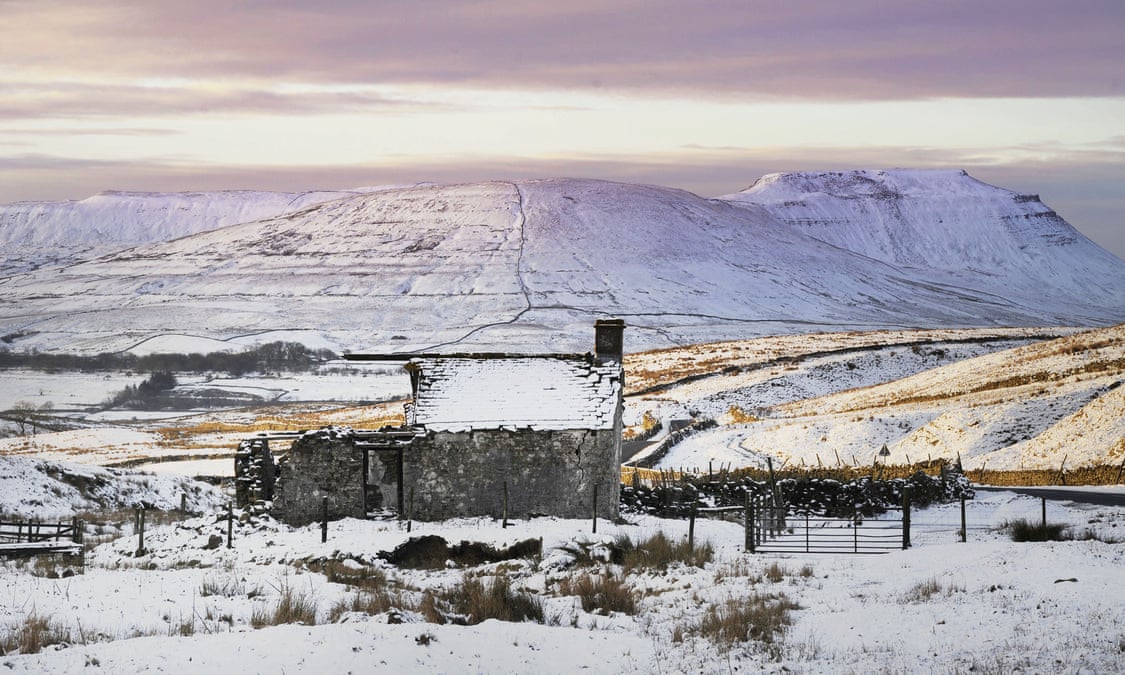 By Val McDermid
The Yorkshire Dales, perfectly observed, provide a glorious backdrop to a brutal tale

Benjamin Myers has already won the Gordon Burn prize for his novel Pig Iron, and from the start of Turning Blue it’s clear we’re in the hands of a stylist. “The black water shot through with silver. Scraps of the moon on the surface like a shoal of fish floating belly up. The slow rock and tip and the slap of the water on the side of the boat.”

Billed as the first instalment in a series of “folk crime” novels, Turning Blue delivers a vision of rural noir so depraved and decadent it makes the reader want never to leave the city. It is set in the wild landscapes of North Yorkshire. If the National Parks organisation had read Turning Blue, they’d have taken to their heels and fled rather than awarding the Yorkshire Dales National Park its recent expansion.

Christmas and a blizzard are about to engulf a nameless hamlet in the Dales when a local teenage girl goes missing. As is often the case in noir fiction, the reader knows her fate but neither her family nor the police will discover what happened to Melanie Muncy or the tangled reasons why for another 300 pages.

The police officer charged with investigating the case and the dark secrets of the hamlet and its close-knit residentsis DS James Brindle from the Cold Storage unit. He has the qualifications for a fictional cop – he is cut off from his colleagues on a superficial level by a disfiguring facial birthmark and on a deeper level by an obsessive compulsive disorder that makes his life too complicated for human connections. And he is, of course, doggedly persistent and more brilliant than any other detective.

His unlikely sidekick emerges in the shape of local journalist Roddy Mace, a refugee from the London tabloids who has fled his life of sex and drugs and alcohol in a bid to find his true calling as a writer of fiction. Friendship is too rocky a road for either of them to believe in, but somehow they forge a connection neither can acknowledge, either to themselves or to each other.

And then there is the beast at the heart of the labyrinth, Steve Rutter the pigman. As the grim narrative unfolds, it’s hard to be certain whether that’s a job description or a definition. The depiction of Rutter’s terrible history and ultimate disintegration is almost too disgusting to bear, pushing us beyond the possibility of sympathy or pity to a state of bewildered anger.

Writhing under the missing girl’s story is a Grand Guignol tale of sexual abuse and extreme pornography that scoops up a cornucopia of recent headlines and supercooks them into a heady mixture of Operation Yewtree (there’s a mashup of Jimmy Savile and Stuart Hall), corruption infesting the body politic like a maggot mass, far-reaching cover-ups and international organised crime.

But there is a counterpoint to all this grim horror. Myers summons up the Yorkshire landscape with lyrical aplomb. The bleakness of the snowbound landscape, the beauty of the moors, the vivid realisation of market town and northern city are all rendered with absolute clarity. His prose is beautifully controlled and so graphic it’s impossible not to picture the scenes he conjures up in striking detail. There is no hiding place from the darkness because the writing is so damned good.

But the quality of the language provides a seduction that almost masks the problem that lurks within Turning Blue. By escalating the vileness to a point beyond the brutal edge of horror, it loses its power. There came a point where the suspension of disbelief failed me and once that happened, the novel lost its power.

Turning Blue leaves a dark burn mark in the imagination. Turned down a notch, it might have set fire to the soul.