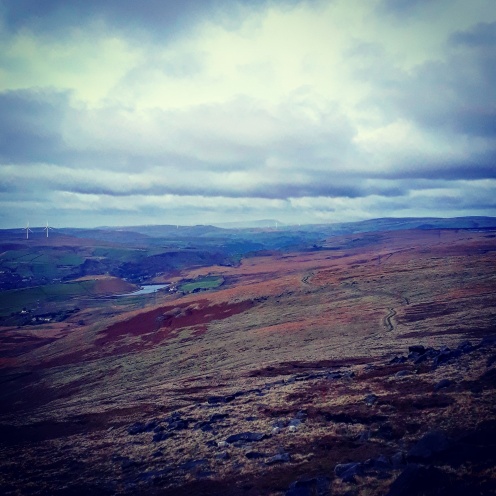 Since its publication in May 2017, The Gallows Pole has very slowly taken on a life of its own, the expanding readership an organic, word-of-mouth process that befits a book about community and mythology, and that I also hope is alive with smells, colours and the elements.

It’s steady success is, in part, down to book groups, whose opinions and input I always value. I was asked to write down some questions for groups to discuss (as below), and am happy to correspond with any interested parties. I always enjoy seeing photos of the book in interesting locations too. I can be found at both twitter.com/benmyers1 and Instagram.com/benmyers76

Readers might also like to know that a group of musicians in Northumberland and Durham called The Shining Levels have recorded an album inspired by the novel. It can be downloaded on Bandcamp here.

1  How reliable a narrator is David Hartley?

2  Given their dire economic circumstances and lack of support from central government, do you think that the Cragg Vale Coiners forgery operation was justified?

3  Extensive historical research for the novel unearthed very few references to women – a point some critics mentioned. Do you think women played a greater role in the rise of the Cragg Vale Coiners and have been written out of history, or in fact this was a very male-centric enterprise, as criminal gangs so often are?

4  Do the depictions of casual violence appear gratuitous?

5  Are there any true heroes or heroines in The Gallows Pole?

6  Do you have any sympathy for James Broadbent?

7  What do you think Robert Parker’s motivations are for bringing down the gang?

8  The Gallows Pole has very little punctuation. Did this help or hinder your reading of the novel?

9  Do you think that Lord Rockingham and his gang of aristocrats – the entitled few who own most of the land and wealth in the north of England – are any better than the Coiners?

10  Did David Hartley deserve to be executed and does the novel change your opinion on the morality of capital punishment?

11  The Gallows Pole is an allegorical tale about the growing class division between the wealthy minority and the demonised poor in Britain today. Discuss.

12  As in life, Grace Hartley emerges from the novel with enough saved money to buy a house in cash. Would you like to read more about her life following the execution of her husband?

13  Who would play King David Hartley in a film or TV series?

14  As landscape novel that features a lot of walking, does the book make you want to visit Cragg Vale and Calderdale today?

(Photo: Blackstone Edge above Cragg Vale – Pendle Hill can be seen in the far distance. Author’s own.)