“Book by book, over the past decade, Ben Myers has proved himself to be one of the most singular, moving and crucial voices of our times…” – David Peace

Benjamin Myers was born in Durham, UK, in 1976. He is an author and journalist, translated into several languages.

His new novel The Offing will be published in hardback in August 2019 by Bloomsbury Circus, along with reissues of his award-winning novels The Gallows Pole, Beastings and Pig Iron.

His most recent book Under The Rock, was published by Elliott & Thompson in 2018.  It has been described as “a bold and original exploration of nature and literature that firmly establishes him firmly among the first ranks of Britain’s most exciting writers of landscape and place.” More details here.

Published in May 2017 and now in its 9th print run, The Gallows Pole won the Walter Scott Prize – the world’s biggest award for historical fiction – was recipient of a Roger Deakin Award and longlisted for the Republic of Consciousness Prize. It has been optioned for film/TV by Element Pictures and also available on Audible. It is to be published in the US / Canada in late 2019 by Third Man Books (an imprint of Jack White’s Third Man Records).

Myers’ ‘folk crime’ novel Turning Blue (2016) was widely acclaimed by critics including Val McDermid and was followed by a sequel, These Darkening Days (2017).

His novel Beastings (2014) won the Portico Prize For Literature, was the recipient of the Northern Writers’ Award and longlisted for a Jerwood Fiction Uncovered Award 2015. Widely praised, it featured on several end of year lists, and was chosen by Robert Macfarlane in The Big Issue as one of his books of 2014.

Pig Iron (2012) was the winner of the inaugural Gordon Burn Prize and runner-up in The Guardian’s Not The Booker Prize. A controversial combination of biography and novel, Richard (2010) was a bestseller, chosen as a Sunday Times book of the year and optioned for film.

His recent (and forthcoming) novels form a series of works, each of which is set in a different county of northern England, and are heavily inspired by rural landscapes, mythology, marginalised characters, morality, class, nature, dialect and post-industrialisation.

As a journalist he has written about music, the arts and nature for publications including New Statesman, The Guardian, The Spectator, Le Monde, NME, Mojo, Time Out, New Scientist, Caught By The River, Record Collector, The Morning Star, Vice, The Quietus, Melody Maker, Metal Hammer, Prog, Q, Arena, Bizarre, Shortlist, Uncut, Alternative Press, Kerrang!, 3:AM Magazine, Prog, Careless Talk Costs Lives, Plan B and others.

His short stories and poetry have appeared in dozens of print and small press anthologies, chapbooks and underground obscurities. His work as been dramatised, set to music, exhibited alongside photographs and as a film/audio installation in venues including Durham Cathedral, The Bronte Parsonage, Hadrian’s Wall and The Portico Library. In 2016 he and his work were the subject of a film on BBC1’s Countryfile.

Myers has received support from the K Blundell Trust, the Royal Society Of Literature’s Brookleaze Grant and Arts Council England. In 2017 he was selected as writer for the International Literature Showcase.

He currently lives in the Upper Calder Valley, West Yorkshire.

Or please see the Contact page for all other publicity/broadcast/translation enquiries. 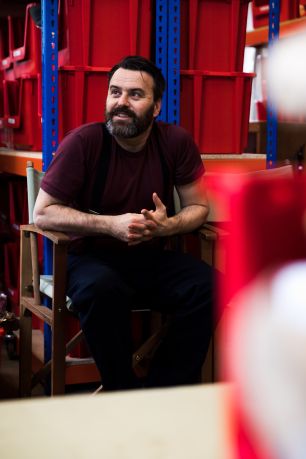 Portrait by Julian Germain for the exhibition On Seeing The Author, 2014. 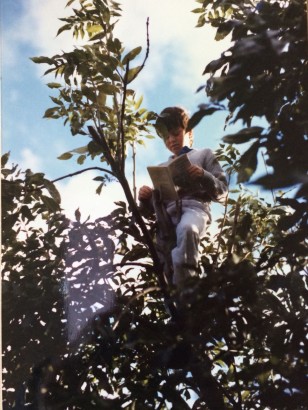 With Val Mcdermid, Alan Garner and The Portico Prize For Fiction/Poetry shortlist and judges, 2015.