Featuring  five poems and limited to 23 numbered and signed copies, The Raven Or Jórvíkshire is #23 in Tangerine Press’s Sick Fly series of chapbooks.

The poems are: ‘The Raven Of Jórvíkshire’, ‘The Taking Of The Town’, ‘An Elegy For England’, ‘The Death Of The North’ and ‘Mourning In America’. 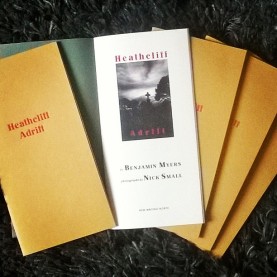 Heathcliff Adrift is collection of poems by Benjamin Myers, and also an exhibition alongside b/w landscape images by photographer Nick Small. It covers Heathcliff’s ‘missing’ three years in Wuthering Heights, when he leaves Haworth a boy and returns a wealthy man. The poems explore moorland landscapes, seasonal shifts etc.

It was commissioned by New Writing North for Durham Book Festival 2014 and funded by Arts Council England. The exhibition opened in Durham Cathedral in October 2014, appeared at The Bronte Parsonage throughout 2015 and featured in a film about Ben for BBC1’s Countryfile. 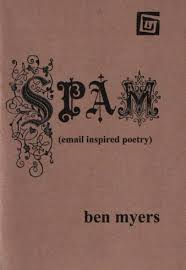 Limited to 125 copies. Signed and numbered by the author. A handful of copies are left to buy here.

Poetry chapbook co-written with Tony O’Neill and Adelle Stripe. Each section features poems about growing up n the north of England. Benjamin Myers’ poems include: ‘The Willy Watcher’, ‘The Shit Kicking, ‘People Who Drank In The Angel’. Limited to 300 string-bound copies with card cover line drawings by Lisa Cradduck. A few copies are left to purchase. Enquire within.